Grace At The Bottom Is Beautiful Stuff

Scorched earth, you look up, you look anywhere, dust rising, doubt everywhere. There's a mirror that ironically shows the horizon and you can build anything on a blank canvas. It's abyss staring in ways that could never have been previously imagined, it's living life wholly and resolutely (and somewhere Hesse smiles). And I was so wrong about stoning the abyss, -- it was sitting and staying with the abyss. Accepting, turning towards. But fuck me it ain't pleasant, stoning equals bravado, staying equals owning. Let the hurricane do its thing. I sit cross-legged on the floor, opening my hands to god. I don't know what's next, I'm scared, I accept, one foot in front of another, a new horizon. Grace to all, grace to me.

We must own and work with “our real shit” including the cleverly hidden stuff—the white lies, defensiveness, sanctimoniousness, and all those conceits that we pretend are invisible to others.
As mild as some of these may appear, at their core is the belief that our needs are more important than those of others. Arrogance, hubris, defensiveness, bravado, fear, timidity, aggression—all of these are made possible when we believe how things work out for us is primary and how things work out for others is secondary. We don’t see these subtle ploys because they are so easily cloaked by the drama of the moment. They are cloaked by all the emotional juice that comes with being defensive; they are cloaked by the scheming and strategizing that comes along with justification; they are cloaked by the fear of failure that drives us to blame others.

• Kent Alan Anderson, When Bad Lands: How Not to Numb Out, Freak Out, or Bottom Out – Buddhist Style 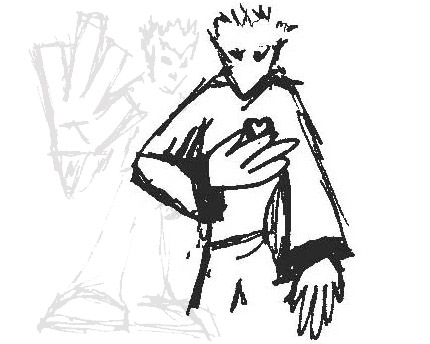